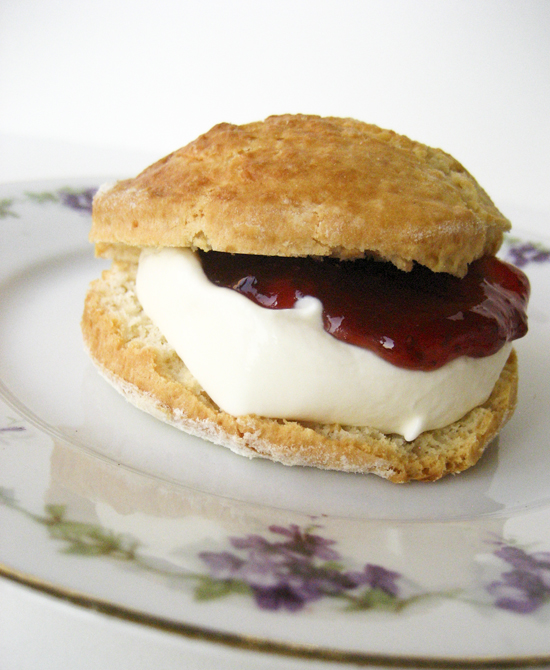 The first time I ever had a scone it was a revelation. Were were having High Tea with my Canadian friend A. in a beautiful hotel in Oxford, the Old Parsonage, one of the few luxuries we allowed ourselves as students (the pound was very strong and Greece still had drachmas). We were sitting by the window, admiring the fine linen and cutlery and chatting about this and that when the trolley came with all the sandwiches, the scones, the cakes and the tea. I could not believe the amount of food that we were having between meals (high tea was served at 4pm), but started to taste it anyway. Two things blew me away: the cucumber sandwiches and the scones.

Scones are so boring on their own: they are neither salty nor sweet and have no particular taste. What they do have however is texture: they are buttery, crunchy on the outside, fluffy on the inside and warm. Team them with clotted cream and a good quality jam (usually raspberry or strawberry) and they are transformed into bliss. Just the thing one needs on a dreary, cold afternoon after hours of studying in the library!

There is so much lovely, tasty and comforting food in Britain, it is a shame that people don’t know about it. That is one of the reasons I chose «Eating for England» by Nigel Slater as a read for Cook the Books the bi-monthly cooking and reading club organised by Deb, Rachel and me (deadline is today, so hurry!).  Nigel is a great writer and the perfect man for introducing someone to the particularities of the British at the table. I think what I absolutely love about his writing is the perfect combination of sentimentality and wry humor: one minute you get misty eyed and the next you laugh out loud.»

Scones are mentioned in a few places in the book, but they also have a «chapter» to their selves.

How to dress a scone (from Nige Slater’s, Eating for England)

You are faced with a plate of scones , a pat of butter, a dish of jam and a pot of clotted cream. This being Britain, it follows that there must be a right and wrong order in which to dress your scone. You have either butter or cream, never both. At least not when everyone is looking. it is generally accepted that the jam goes on first, followed by a teaspoonful of cream. Others insist it is the other way round. Dare I suggest it really doesn’t matter? At a tea shop or hotel, you will inevitably get strawberry jam, though many would say that raspberry is better. At home I would go for blackcurrant or damson every time.

The recipe for scones I used is from another great Brit, Gordon Ramsay. Unfortunately I forgot them in the oven slightly longer and they came out crunchier and darker than they should. They were fluffy and buttery enough though, so no harm done. I cannot find clotted cream in Greece, so I used crème fraîche left over from the tarte flambée with home made strawberry jam. 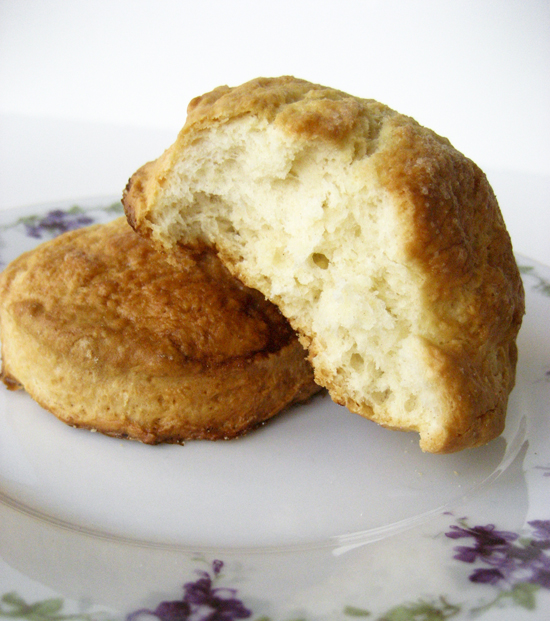 Looking for something?/ Αναζητηση

What do you want to cook?/ Τι θα μαγειρεψετε σημερα;